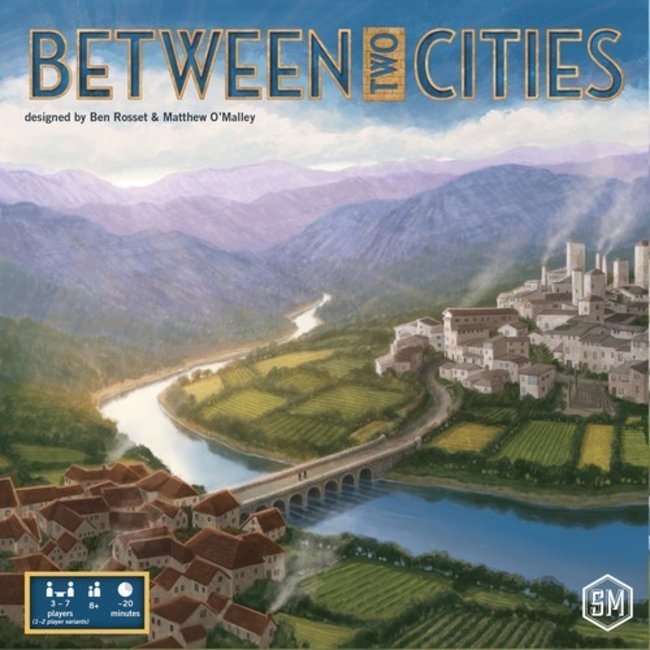 C$36.99Excl. tax
Out of stock
Available in store

Between Two Cities is a partnership-driven, tile-drafting, city-building game for 1-7 players that plays in about 20-25 minutes. You work with the player on your left to build one city center while simultaneously working with the player on your right to build a second city center. At the end of the game, your final score is that of the lower scoring city you helped to build, so you have to share your attention and devotion equally between two cities.