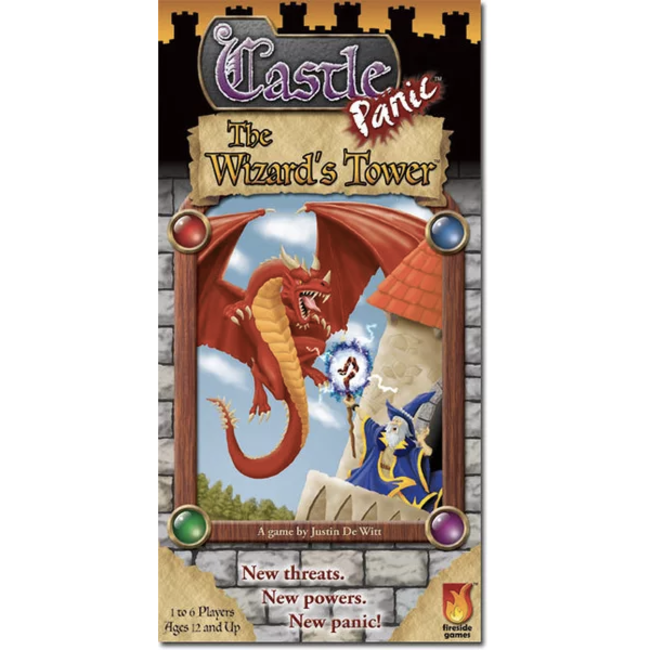 The Wizard’s Tower is the first expansion to the smash cooperative hit Castle Panic.

Your Castle has been rebuilt, and a friendly Wizard has joined your forces. As long as his Tower stands, you have access to powerful magic spells. And you’ll need them, because the Monsters have returned stronger, faster, smarter, and with new abilities to threaten the Castle. You’ll fight against magical Imps, evasive flying creatures, and more. Make your stand against six new, dangerous Mega Boss Monsters, including the Dragon and the Necromancer. Use fire to attack the Monsters, but beware, your Walls and Towers can be burned down as well! 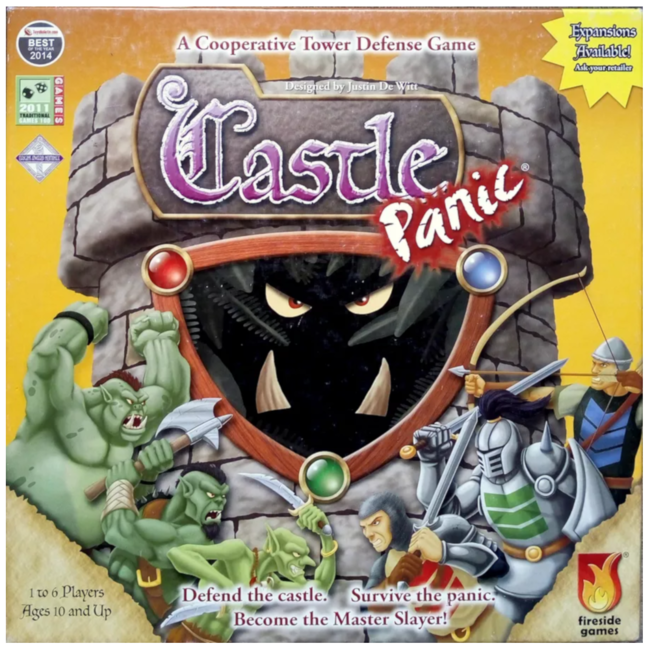 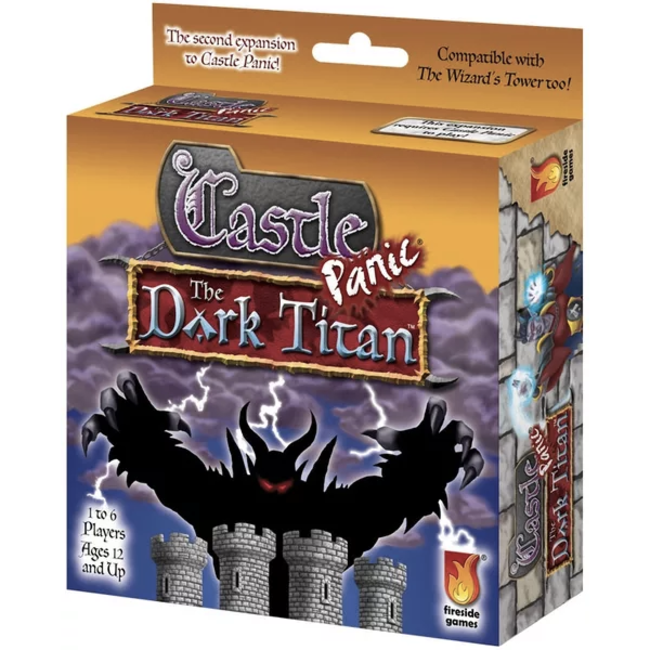 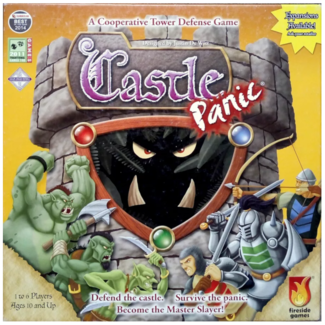 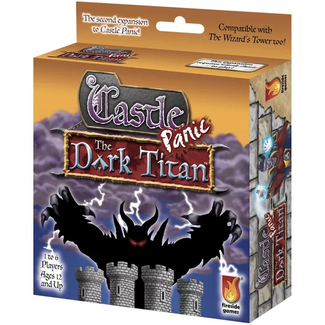