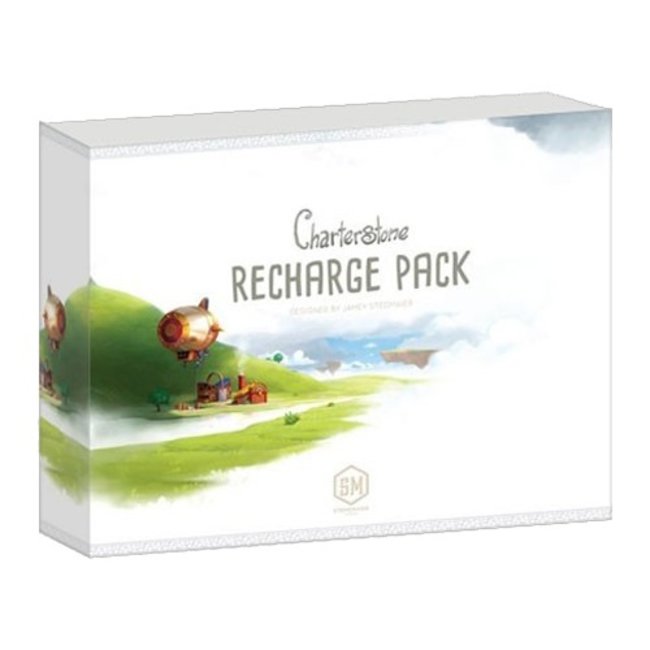 Charterstone is what is called a "legacy game".

Legacy games are board games that change over time based on the outcome of each game played and the choices made by the player(s). ... The changes made in a Legacy game are designed to be permanent. A Legacy game's full experience is played out in a campaign that can only be played once.

The Charterstone Recharge Pack contains the components that will let you play the game for a second campaign. It is completely optional as Charterstone is designed to be infinitely replayable after the first twelve-game legacy campaign.

The recharge pack contains replacement components for the components that were permanently changed during the first campaign of the game.  This will allow you to play the game for a second time.  The wooden tokens and metal coins in the box are to be re-used.  Flip the board over to the back side of the game board (included in the core game - it is double sided) and now you are ready for your second campaign.