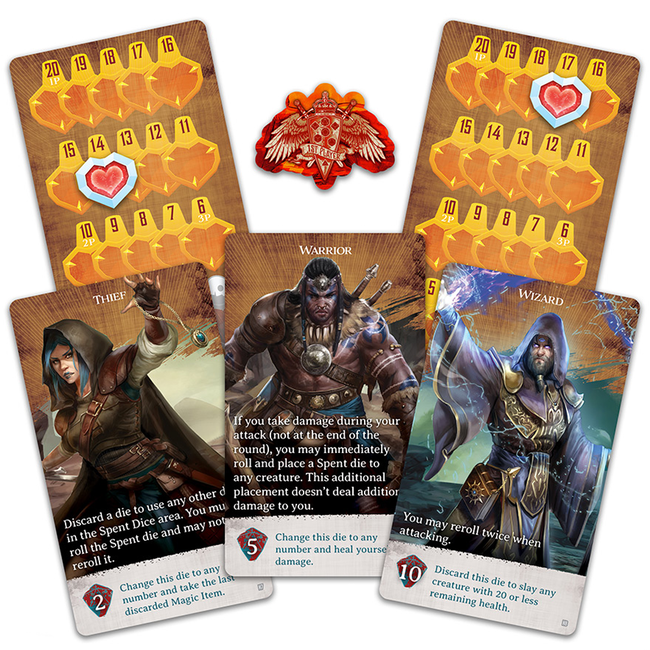 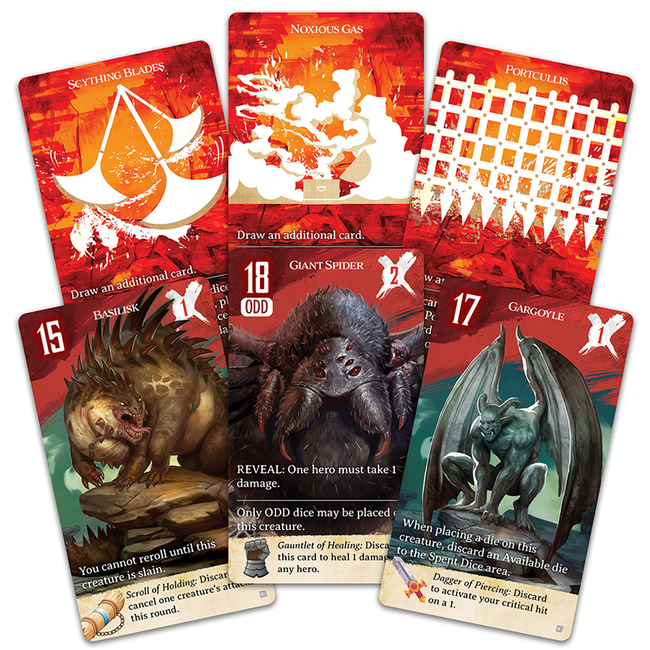 A strategic and challenging co-op adventure, with just a set of dice and a deck of cards!

Take on a gauntlet of terrifying monsters either solo or in a group of up to 4 classic fantasy characters, with a set of 7 included polyhedral dice as your weapons! Can you survive long enough to defeat the mighty dragon Kalterstorm?

Each round you’ll draw three new monster cards, joining any leftover from the last round. Then, a player rolls all available dice, and players begin their turns. On your turn, you place any available die on a monster (with one chance to reroll), doing that die’s value amount of damage. If the value matches your character’s critical hit number, you get to use your special ability too! If the total damage is greater than that monster’s health, you defeat the monster, collect an item (if any), and move the dice back into the pool.

But it’s not always so simple! Many monsters have special requirements, like the Ogre who must be defeated before you can even target other creatures! Or the Gremlin, who can only be defeated with three damage EXACTLY!

It includes 8 Hero cards to try in different combinations as you attempt to survive to the end. Once you do, you can mix in more and more of the included Trap cards for an added challenge!

Dice Conquest is designed by Stephen Avery and Eugene Bryant, and features illustrations by Mirco Paganessi. It includes a beautiful set of 7 polyhedral dice, but players are also free to swap in their favorite set of dice instead! 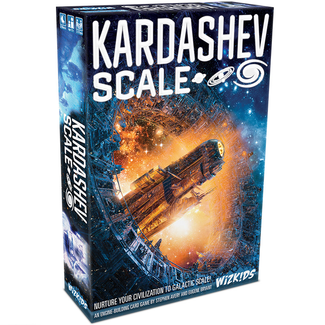