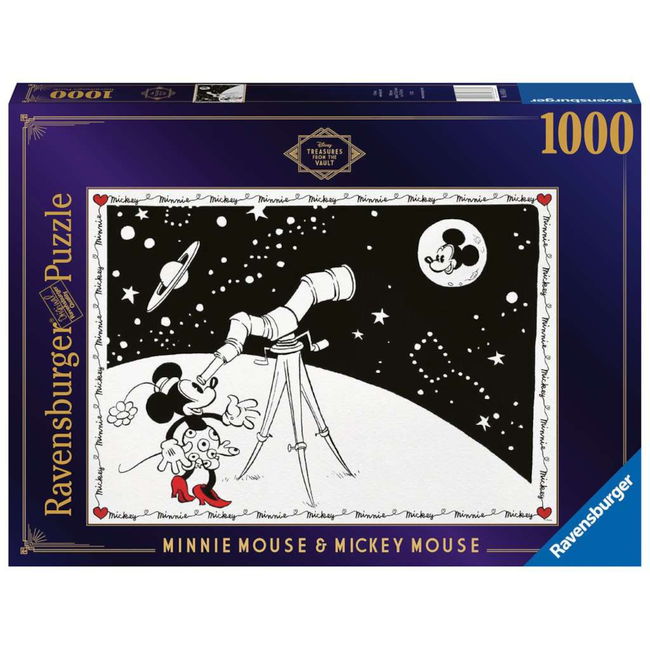 Since making their cinematic debut in the landmark cartoon short Steamboat Willie (1928), Mickey Mouse and Minnie Mouse have been eternal sweethearts! Although Mickey and Minnie’s appearances have evolved over the decades, their quintessential look was inspired by their classic 1930s design. Mickey typically sports his iconic red shorts and yellow shoes, while fashionista Minnie rocks her red heels, flower hat and polka dot skirt. Their true love, and your puzzle fun, is written in the stars!

Steamboat Willie was released on November 18, 1928, two weeks before Walt Disney’s 27th birthday! Directed by Walt Disney and Ub Iwerks, Disney voiced the characters of Mickey Mouse, Pete, Minnie Mouse and the Parrot. This cartoon is notable for being both Mickey and Minnie's debut and also one of the first with synchronized sound. November 18th is Mickey Mouse’s official birthday!