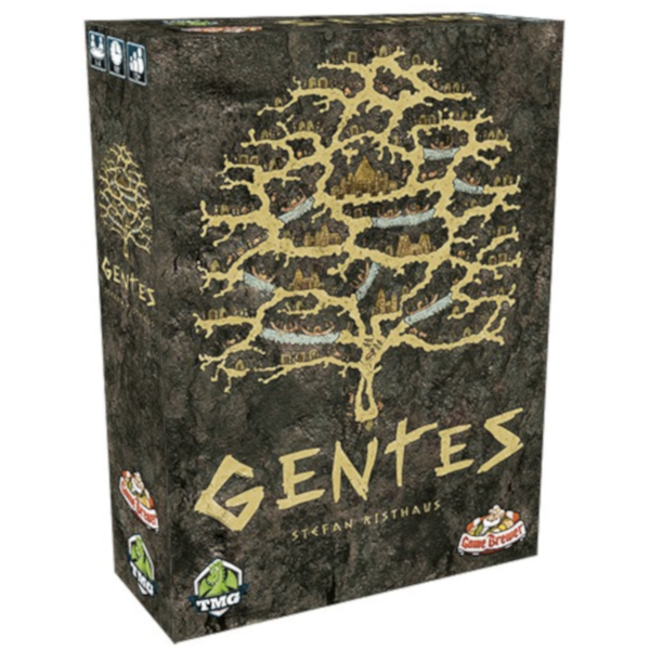 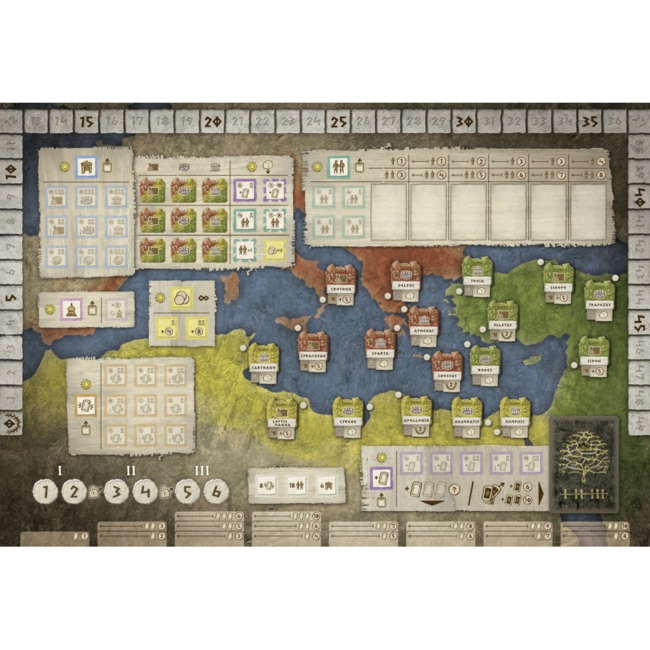 "Gentes" is the Latin plural word for greater groups of human beings (e.g., tribes, nations, people; singular: "gens"). In this game, players take the role of an ancient people who are attempting to develop by building monuments and colonizing or founding new cities in the Mediterranean sea.

The game is played in six rounds, each consisting of two phases: action phase, and tidying up. There are three eras — rounds 1-2, 3-4, 5-6 — with new monument cards entering the game at the beginning of rounds 1, 3 and 5. Each player has a personal player mat with a time track for action markers and sand timer markers. In the action phase of a round, the players take their turns in clockwise order, conducting one action per turn. Each action requires an action marker from the main board that is placed on the time track. Depending on the information on the action marker, you have to also pay some money or take sand timers that are placed on the time track. When you have no free spaces on your time track, you must pass for the remainder of the round. Therefore, the number of actions per player in a single round may vary significantly if, for example, you choose double sand timers instead of two single ones or take action markers that require more money but fewer sand timers. Single sand timers are dropped in the tidying up phase, while double sand timers are flipped to become single sand timer markers and stay for another round.