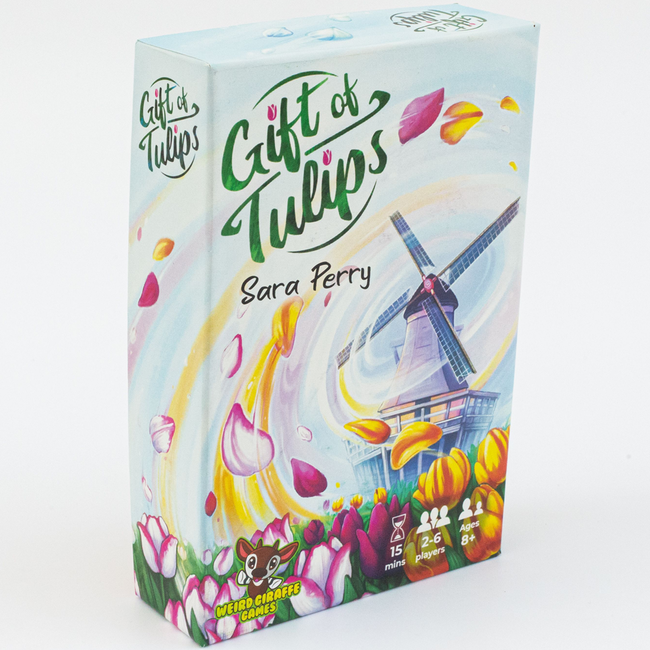 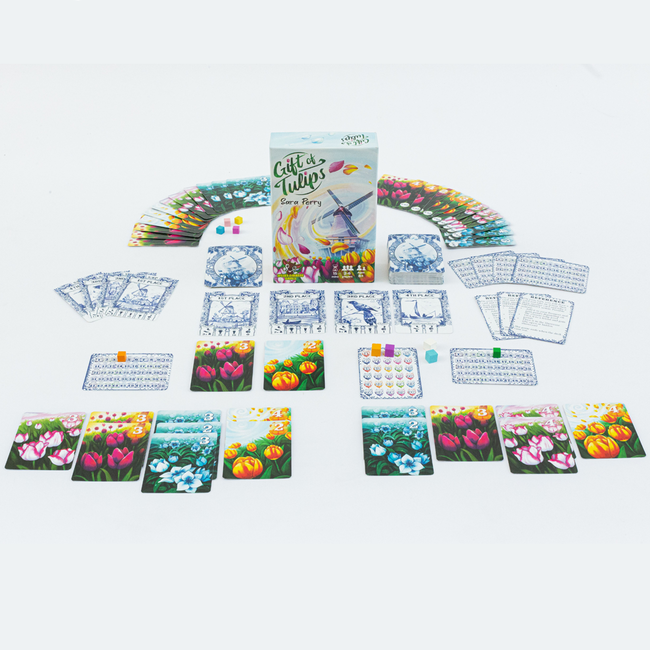 In Gift of Tulips, tulip enthusiasts explore Amsterdam's tulip festival to build colorful bouquets, give tulips to others (scoring points in the process), and manipulate the value of the market.

The deck includes tulips of four colors, with values 2-4. Lay out four festival cards based on the player count, with these cards showing the number of points scored for giving away tulips, keeping tulips, and having a majority of certain colors at the end of the game. Draw two cards of different colors, and place them under the festival cards in first and second place based on their value. Deal two cards to each player; keep one card face up in front of you and add the other face down to the "secret festival" pile.

On a turn, draw a card from the deck and KEEP/GIVE/ADD it, then draw a second card and take one of the actions you didn't just take. The actions:

When the deck runs out, shuffle the cards in the secret festival, then draw five at random and add them face up to the festival, adjusting the ranking as needed. (If fewer than five cards are in the secret festival, add all of these cards to the festival.) For the three highest ranked colors in the festival, whoever has the most and second-most cards in these colors scores points as listed on the festival cards; in games with five and six players, the player with the third-most cards of a color also scores points. In case of a tie for card count, the tied player with the higher value of a color wins that tie. Whoever has the most points wins. 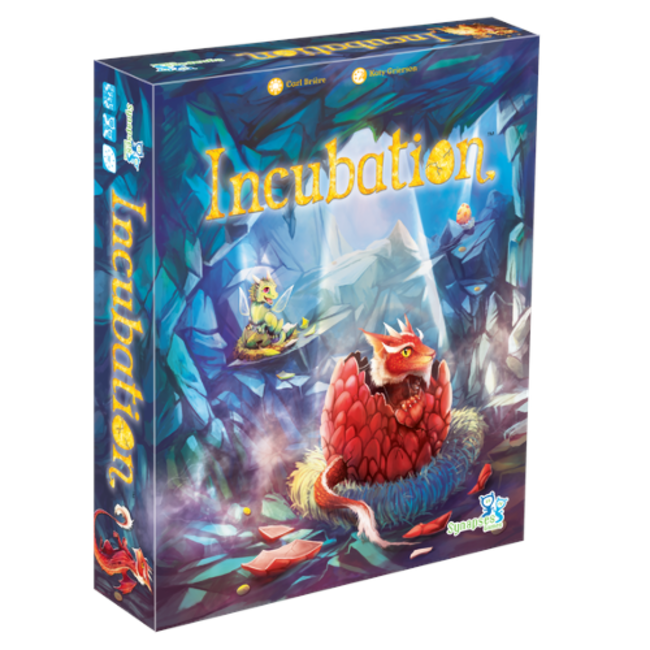 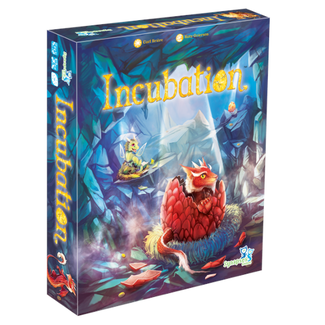