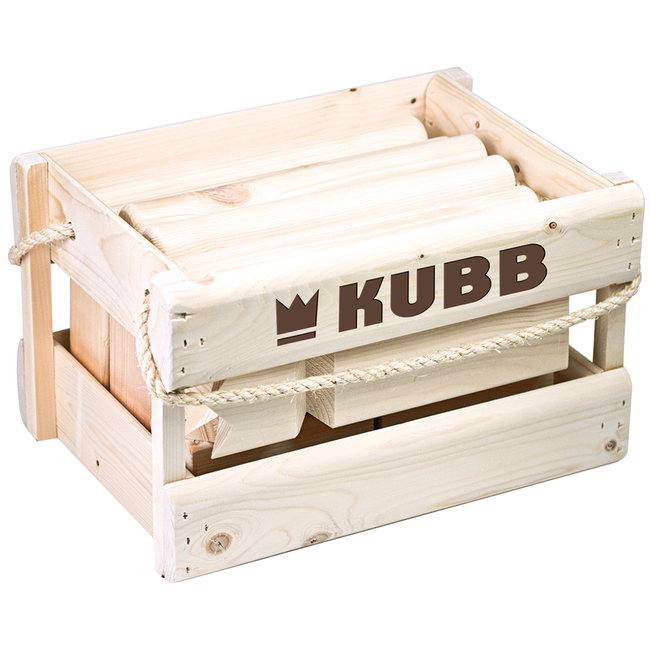 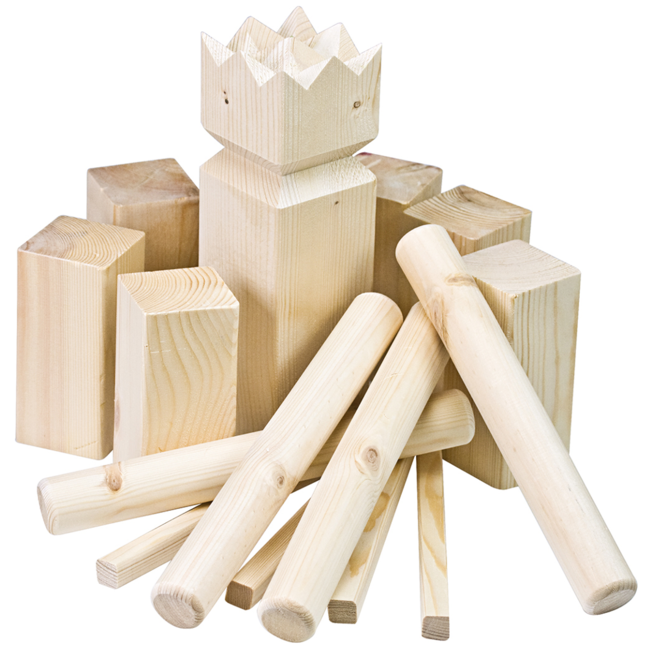 What type of game is it? Kubb is an outdoor game of dexterity, similar to the popular Scandinavian game Mölkky. Kubb opposes 2 teams (or 2 players) and is a little bit more strategic than Mölkky.

How do we play? Each turn, the active team or player has 6 sticks to throw. They must first knock over the skittles in the field (those that were knocked over on previous turns and then put back in the play area), then you can try the skittles that are still on the opponents' baseline. Then only you can try to knock over the King. Of course, it will take several turns of back-and-forth before you can attack the King!

But beware! If on a turn you do not knock over all the field skittles, the opposing team will move their baseline closer to you... And if by mistake you knock over the King before you can legally do so, you lose the game!

Why you will love Kubb! 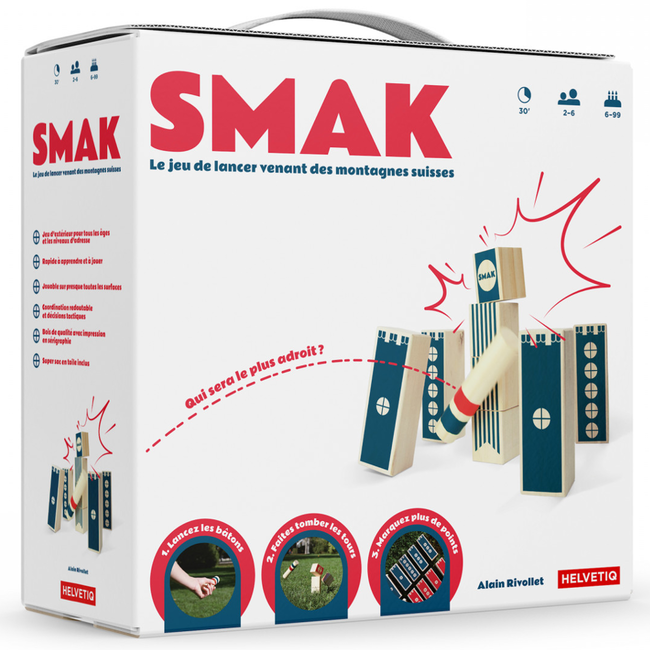 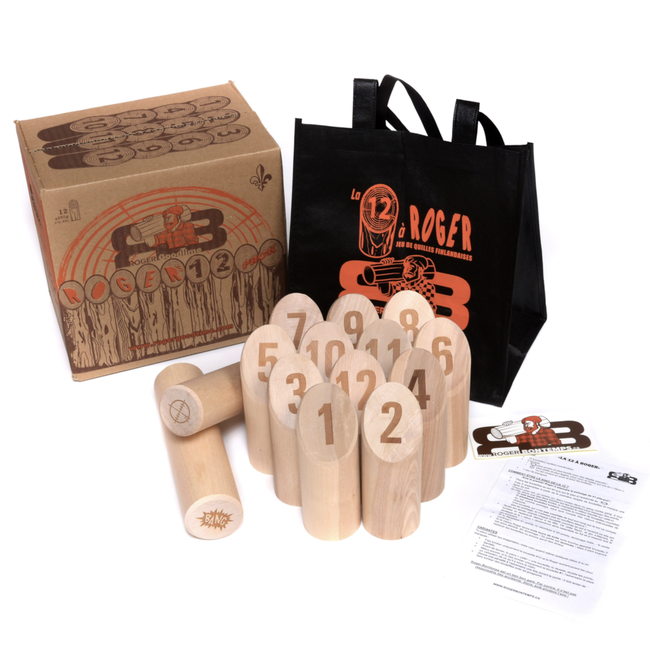 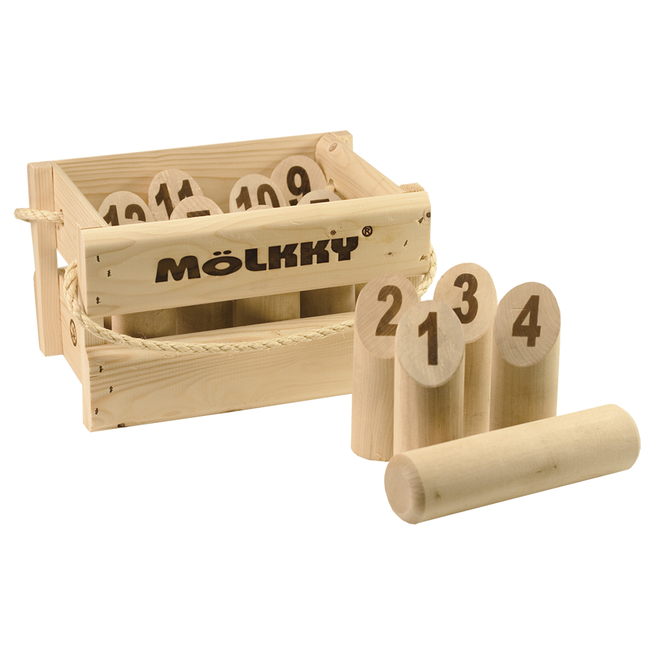 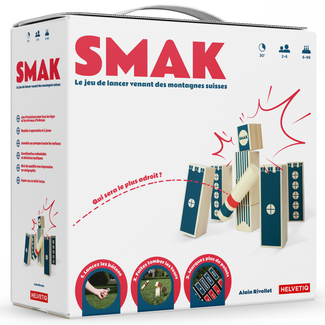 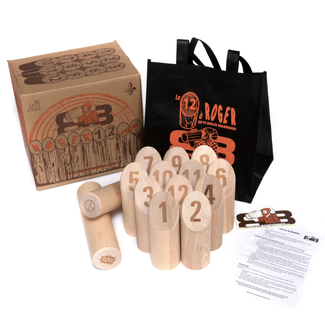 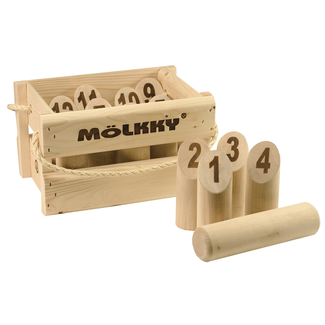