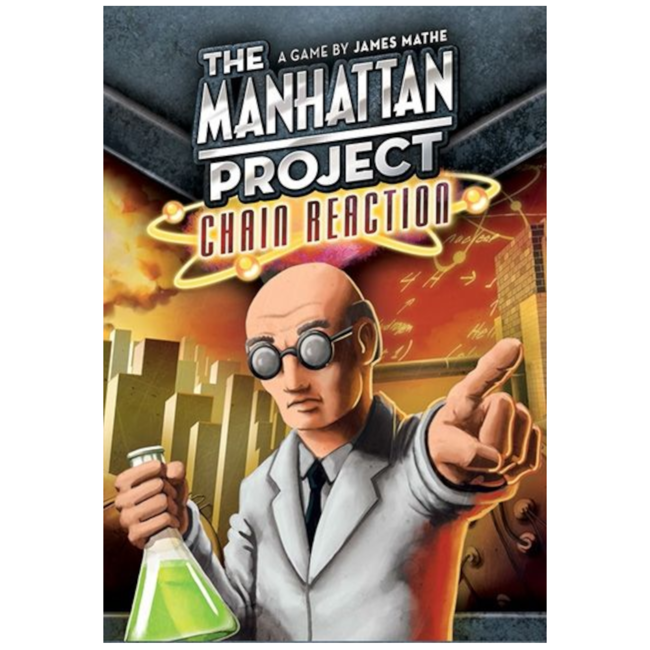 The world is again threatened with war! As the War Minister of your small nation, you have been tasked with confronting aggression by developing atomic bombs for your country. Your spies have stolen the needed technology, but you need to acquire the materials and personnel to get the job done before your rival nations do. Once someone has built 10 kilotons of bombs, the final round will finish, and the player with the most bomb points will win, their nation’s survival assured!  To do this, you will be playing cards representing the training and use of teams of laborers, scientists, and engineers to complete various plans, until you have assembled enough bombs to win! Here is an example of a lucky hand being played.  MP: Chain Reaction is a stand-alone game based on the popular "Manhattan Project" board game by Minion Games, this is a simpler card-only game using dual-purpose cards in a quick and exciting race to completion. 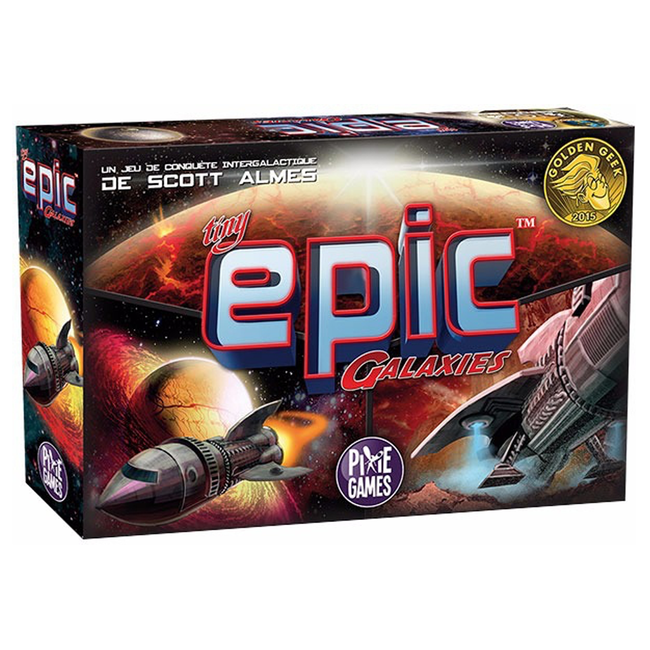 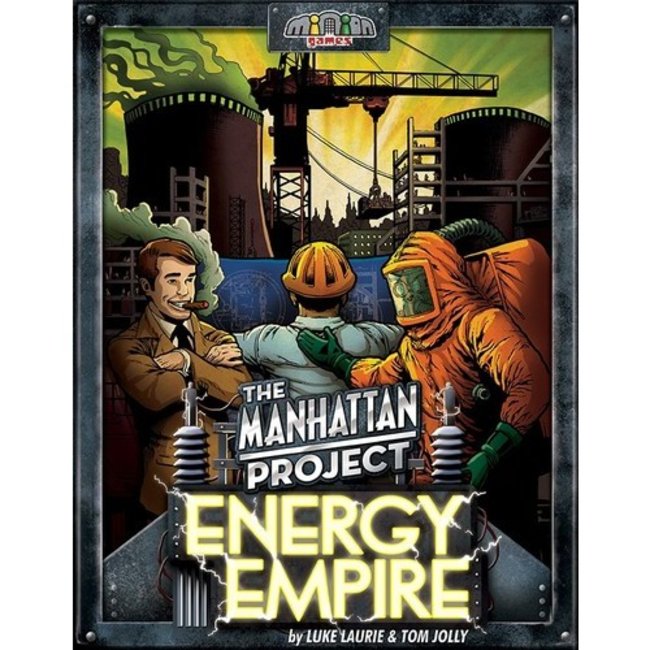 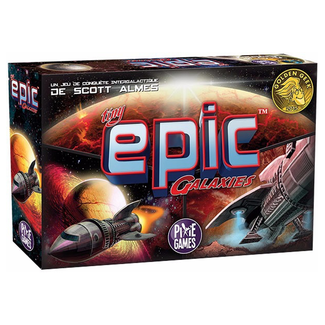 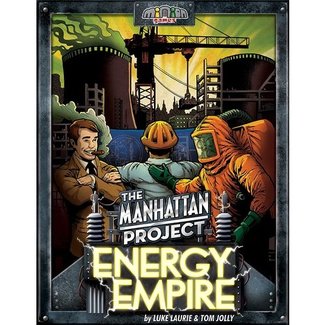