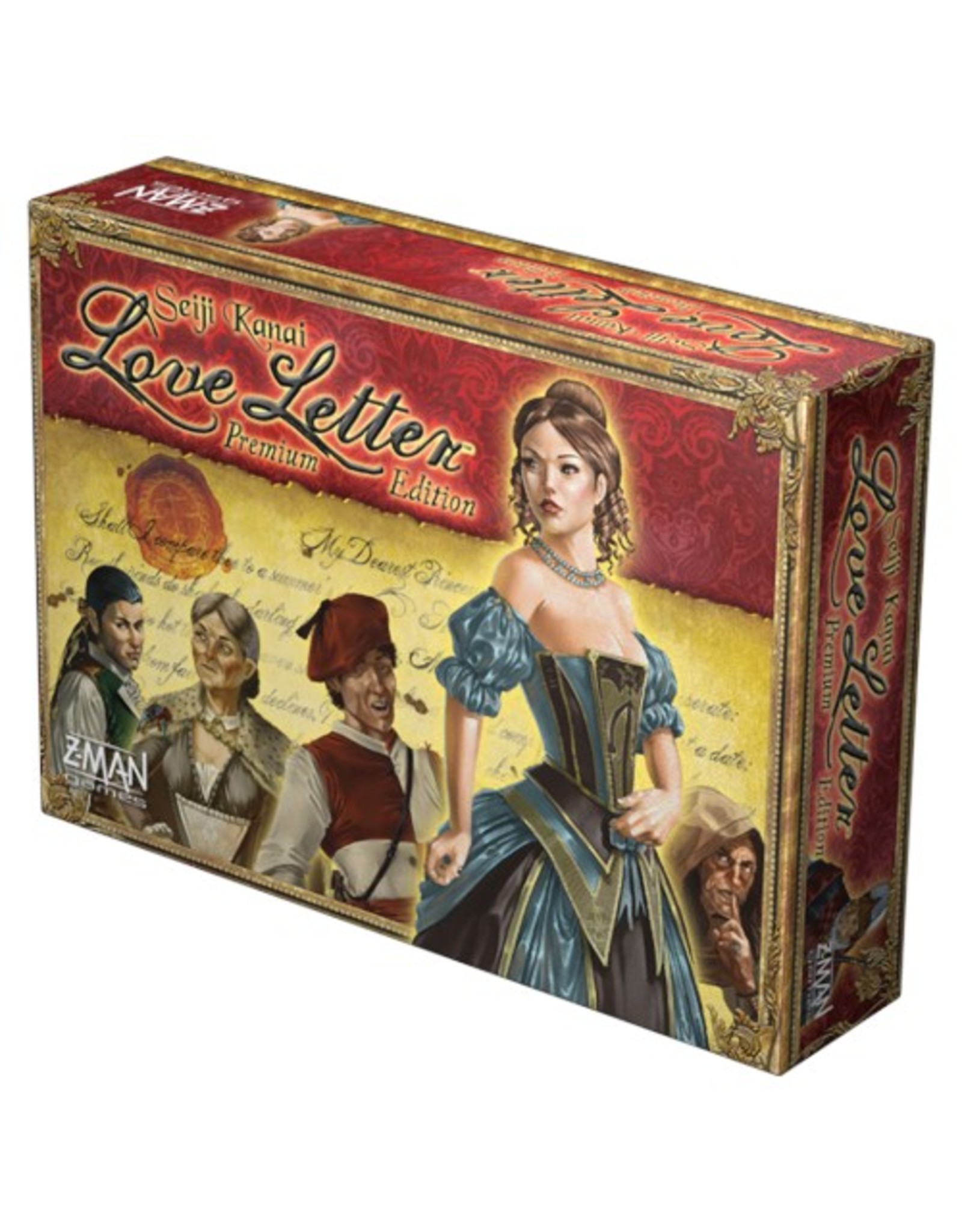 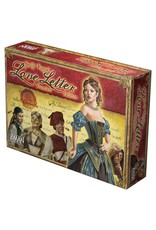 Love Letter Premium takes the familiar Love Letter game and enhances it in two different ways. First, the cards are supersized and much thicker than normal, the hearts that players claim are large and wooden, and the hard-sided box has a magnetic closure.

Second, the game now plays with up to eight players thanks to the inclusion of an additional set of cards, such as the Assassin (0) which eliminates an opponent if that opponent forces you to reveal it and the Sycophant (4) who must be the target of a played card until it's covered on the next turn. The rules for Love Letter Premium dictate which cards to use depending on the player count. 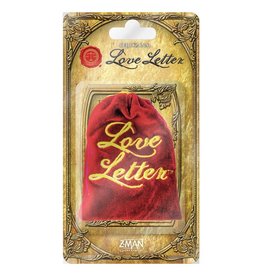 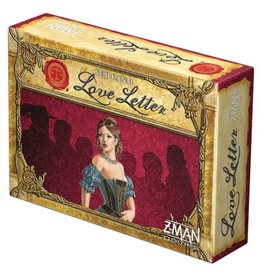