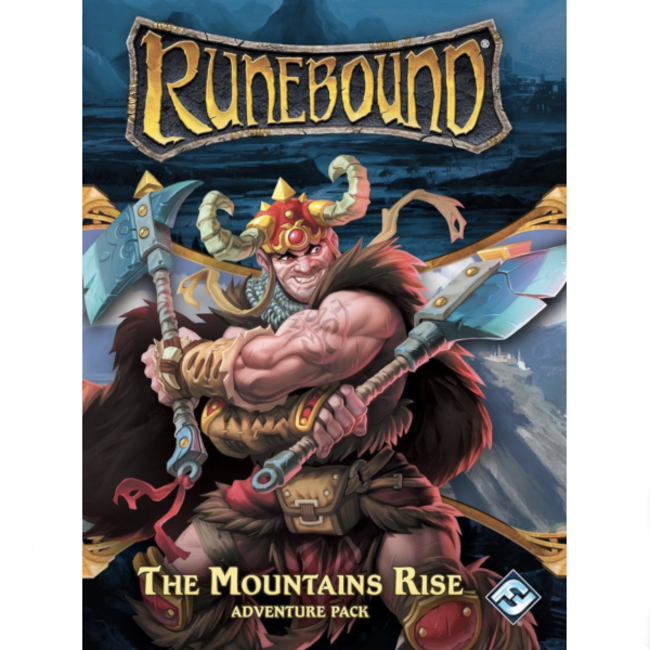 In the wilds of Terrinoth, strange beasts have begun to gather. Innocent townsfolk hurry home at night, barring their doors behind them, as bloodthirsty, savage creatures venture farther and farther from their lairs in search of their next meal. The realm has called upon its greatest heroes to venture into the hills and mountains to confront this threat. Only the most stalwart will return with Runebound (Third Edition): The Mountains Rise – Adventure Pack!

Like other Adventure Packs, The Mountains Rise offers new cards that can be incorporated into any existing scenario to dramatically change the flavor and feel. Fifteen new adventure cards (five per deck) introduce new enemies, events, and quests while twenty new asset cards and ten new skill cards give you dozens of new ways to customize your hero. Many of these new assets come with new combat tokens, some of which introduce new combat symbols to the game — ensuring that your Runebound battles will never be the same. Finally, you’ll gain an entirely new hero: Nanok of the Blade, a warrior who eschews armor in favor of the pure thrill of battle.