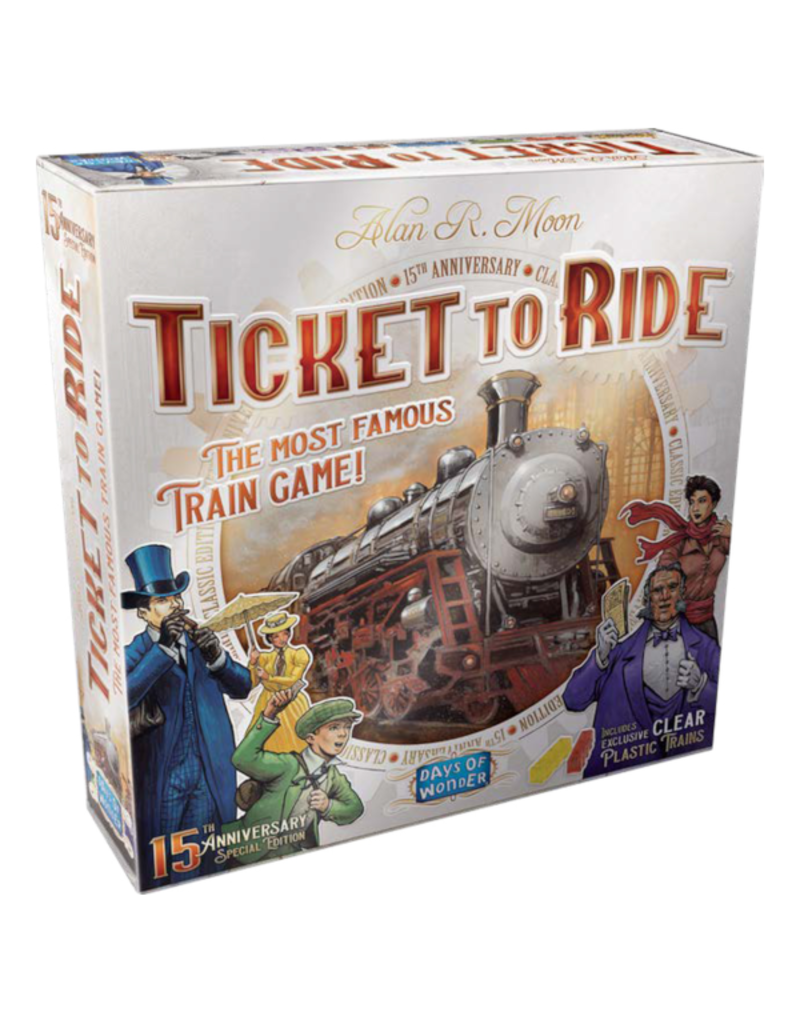 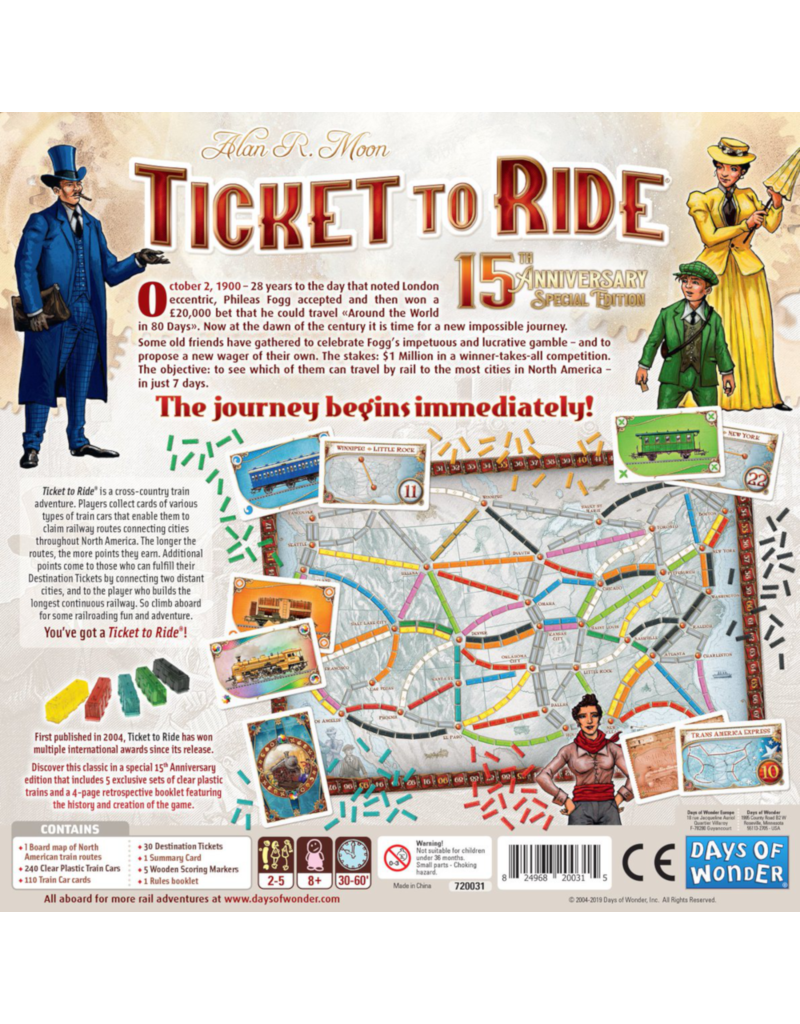 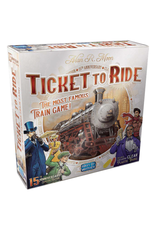 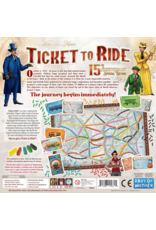 Ticket to Ride celebrates its 15th anniversary in style with this new edition celebrating years of adventures on the rails! This edition features translucent train cars and a special booklet detailing the history of the game.

In Ticket to Ride, players build tracks across the United States. Players compete for train cards that allow them claim routes between iconic American cities. Points are earned for every route completed, but ticket cards can earn players many more points if they connect the two cities shown on the ticket. But they must be careful: uncompleted tickets will cost players points! 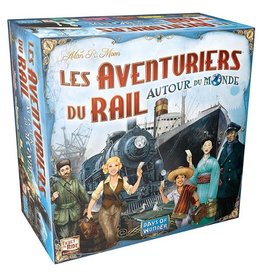 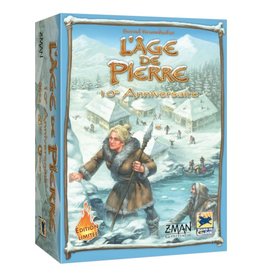 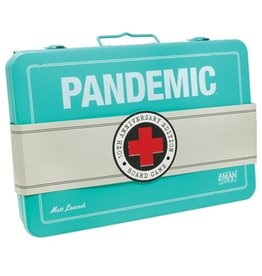 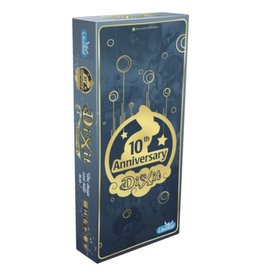