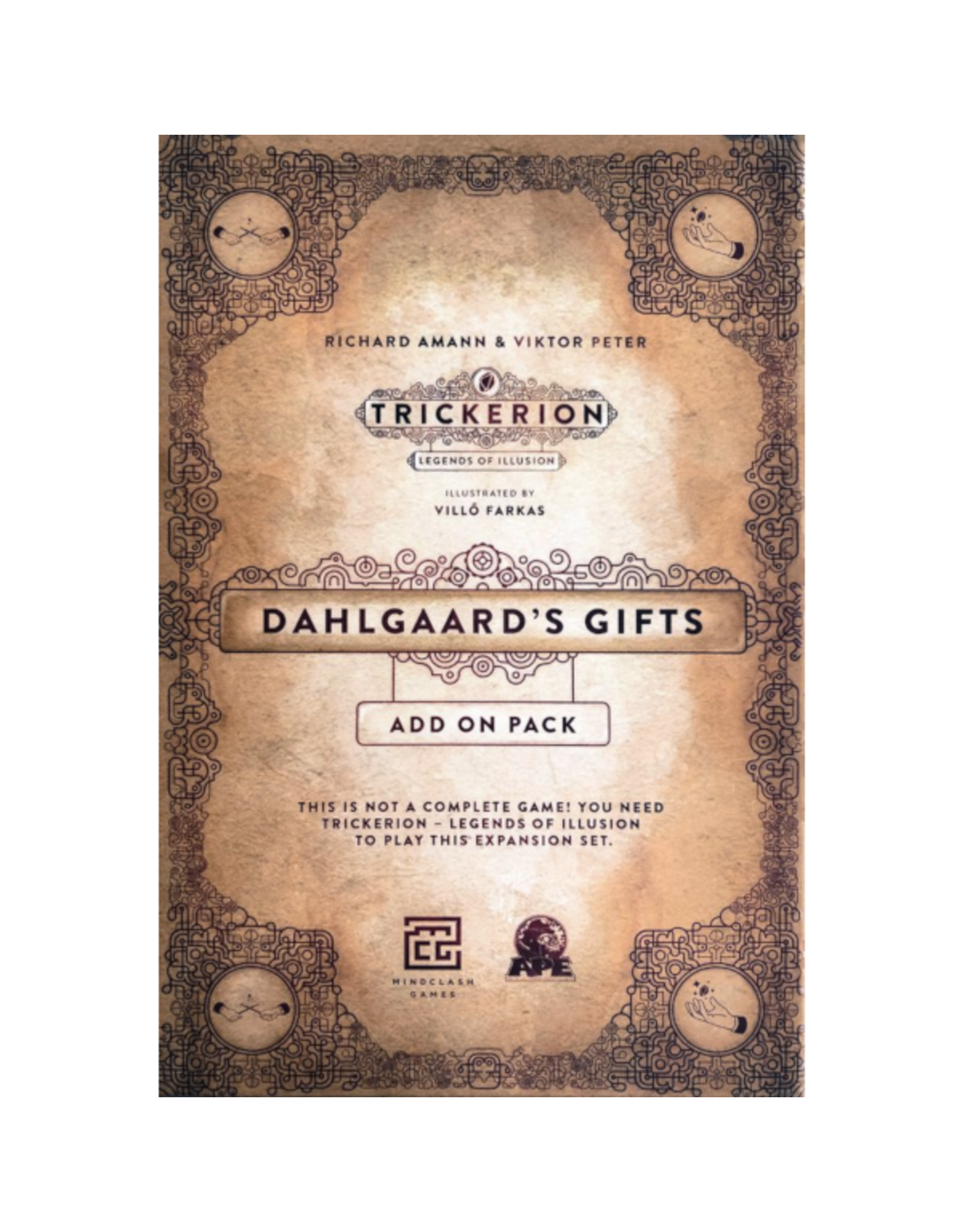 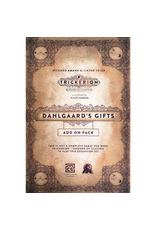 In Trickerion the players take on the roles of rival stage illusionists, each with their own strengths and characteristics. They are striving for fortune and fame in a competition hosted by a legendary magician, looking for a successor worthy of the mighty Trickerion Stone, which is fabled to grant supernatural power to its owner.

Dahlgaard's Gifts, an addon pack for the game, contains the following:

Magician Powers
Your Trickerion Shards gain a whole new gameplay significance with the Magician Powers variant: they will unlock Power Card slots that allow you to customize your Magician by learning diverse abilities to enhance your game. As there are 90 different Power cards available, it will open up a multitude of new strategies and adds even more replayability to the game.