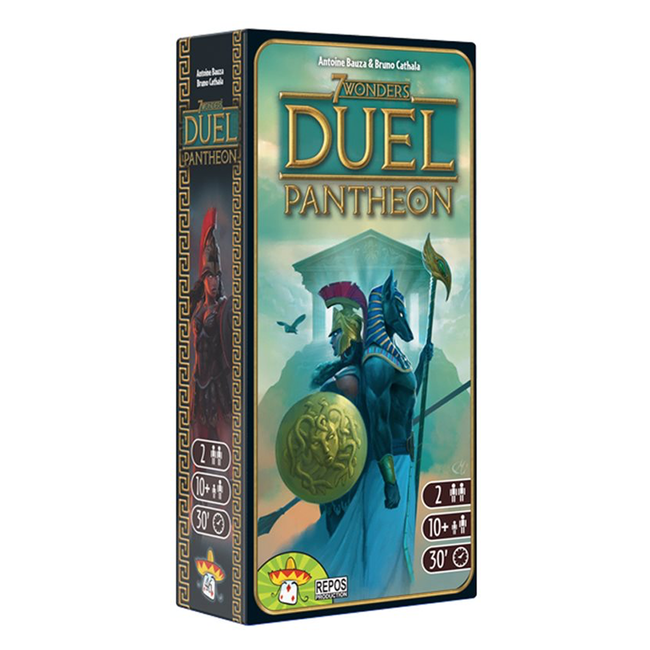 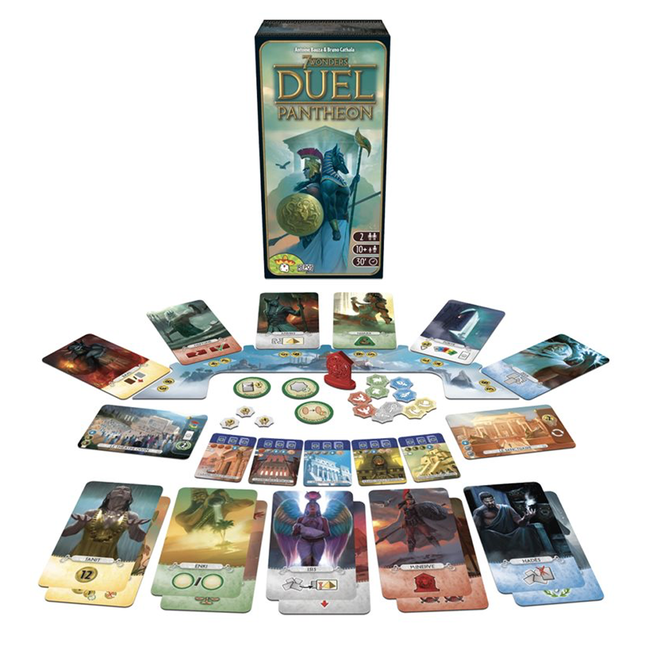 A pantheon from several civilizations — including Greek, Egyptian, and Middle-Eastern — gets added to 7 Wonders Duel in 7 Wonders Duel: Pantheon, with each god having its own power to help you or hinder your opponent.

During Age I you collect mythology tokens — which allow you to choose which deities have a place in the Pantheon — and during Age II you collect offering tokens, which help you court those deities. Then, during Ages II and III, you can activate a god or goddess in the Pantheon instead of taking a card from the pyramid. To do so, you pay whatever that god or goddess demands from you in offerings, then place it next to your city. 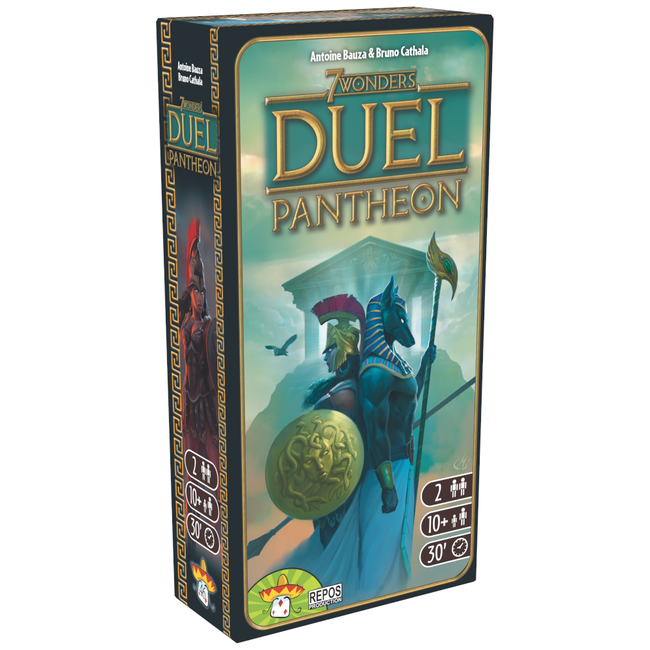 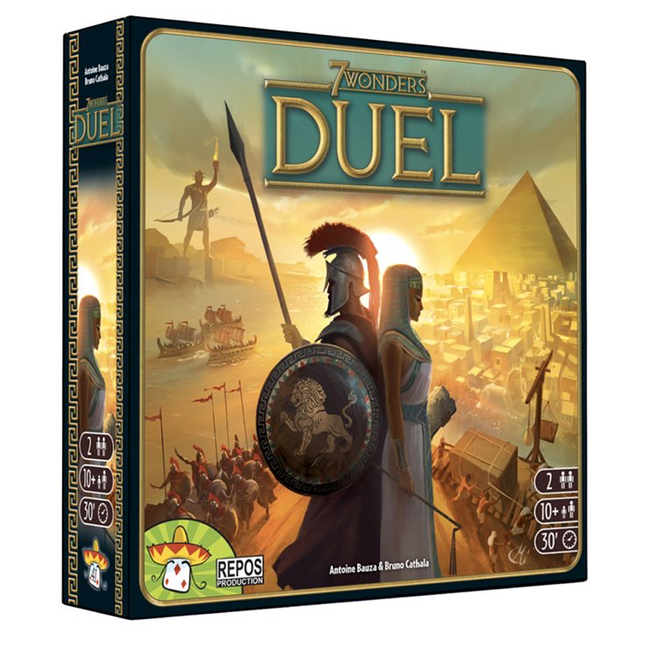 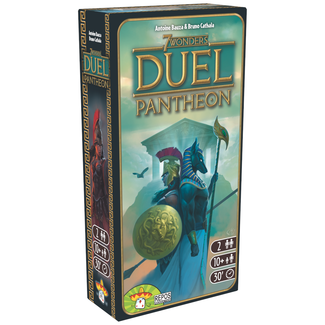 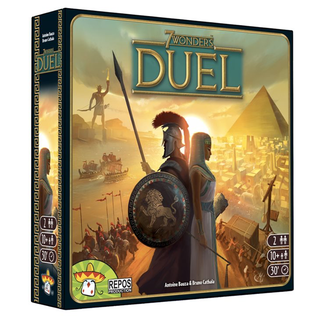